Solange Knowles has released two music videos to accompany her new album, A Seat at The Table.

By the way, Solange a fab mom and wife wrote, arranged, and co-produced each of the 21 tracks herself.   There’s features from Lil Wayne, Master P, her parents Mathew Knowles & Tina Lawson, Q-Tip, Kelly Rowland, Dev Hynes, and production from Raphael Saadiq. She previously revealed she finished up the album just before her 30th birthday. It was three years in the making.

According to the press release, Solange describes A Seat At The Table as “a project on identity, empowerment, independence, grief and healing.” 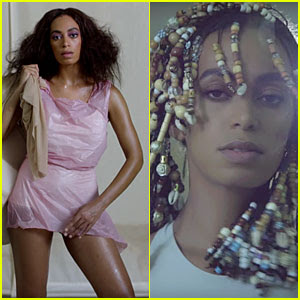