The new Robert De Niro feature film “The Intern” is about to begin production and holding an open call in the New York City area this weekend.

The Warner Bros feature is written by Nancy Meyers who also worked on “The Parent Trap” and “It’s Complicated”. Meyers will also produce the project. Anne Hathaway is set to stat opposite De Niro and play De Niro’s Boss in this film about an aging man who decides to become an intern. The film’s lead female role has had a good amount of change over.  First Tina Fey was in, then Reese Witherspoon was to have taken over the role. Reese Witherspoon later backed out and now with production beginning, we are hoping that Anne Hathaway is in to stay.

Anne Hathaway is in the fashion industry, thanks to a community outreach program her company is taking part in, she learns that they will be taking on some senior interns… by senior, they mean senior citizen.

Robert De Niro plays a widower who after getting bored with his own retirement, joins Hathaway’s intern program. At first, he is more of a nuisance than anything else but quickly grows on his boss and becomes a valuable asset as well as a friend.

Extras Open Call for “The Intern”

The film is about to begin production and is seeking extras in the New York City area.

Seeking men and women ages 18-35 for the WARNER BROTHER’S feature film THE INTERN filming in NYC this summer.

We are looking for hip, fashionable people, the type who might work at an online start-up company. Work on the film could be anywhere from 2 to 5 weeks.
Open Call

“The Intern” is scheduled to be released in theaters in 2015.

The FOX RV series “Sleepy Hollow” is now filming season 2. The show’s casting directors are looking to fill 2 featured roles, a colonial era thug and a modern bartender. If interested, you must apply ASAP because all submissions for the roles must be in before 8AM on Friday. The scene with the colonial thug will be filming on the 6th ang the bartender scene will shoot the following week, on the 13th.

You must live in or around the Wilmington area to be considered for the  roles.

We will be showing director pictures TOMORROW FRIDAY MAY 30 for him to make selections.

COLONIAL ERA THUG: We are in search of a Caucasian male who has peculiar/unconventional characteristics. Person must be ages 35-55. This person also needs to have a unique, troublemaker look and stand out. MUST BE WILLING TO BE CLEAN SHAVED. Do not submit if you have visible tattoos on hands, neck, or face. Must be available to work FRIDAY, JUNE 6th.

BARTENDER (MODERN DAY): We are looking for a Caucasian male ages 50-60, who has a worn and weathered appearance. Must be available to work FRIDAY, JUNE 13th.

We always ask that you be available to work 12 plus hours. The pay is a guaranteed $64 total for up to 8 hours and time and a half after 8 hours.

If interested email sleepyhollowextra@gmail.com
Subject line: Colonial OR Bartender (Depending on which you are applying for.)

The e-mail should include a recent photo, height, weight, wardrobe sizes, location, and contact information.
PHOTO DEADLINE IS 8AM FRIDAY MAY 30th.
Photo requirements:
1. Head shot (shoulders up.)
2. Someone else must take the photo (No selfies.)
3. No smiling in the photos (because this is for more rugged characters.)

If you are not already in our database then sign up at http://www.extrassignup.com prior to e-mailing us

[KATE] African American, Female, age 5 – 8. The Daughter of Nick (Will Smith), she is a “brilliant” child, born with an extremely high IQ. She has an aptitude for mathematics and linguistics, and is very emotionally perceptive.
How to Submit:
OPTION #1 – In Person: Attend our open calls in Atlanta to be interviewed. Bring your resume and headshots. All attendees must be registered online (no cost) for the open call date:http://www.umodelinc.com/casting-calls

OPTION #2 – By Email: Send your submission to ummicasting@gmail.com, with the subject lineFEATURE FILM – BRILLIANCE, and provide the following details:

The feature film “Drumline 2” is beginning production in the Atlanta area.

Drumline came out over a decade ago and was directed by Charles Stone III. The sequel is in production now. The original film was a story about a Historically Black College & University marching band. It was based on a story written by by Tina Gordon Chism and Shawn Schepps. Nick Cannon played a young drummer who joined the Universities marching band. The film also starred Leonard Roberts, Zoe Saldana, and Orlando Jones.

In a not so recent interview in Parade, Nick Cannon mentioned that he may make a cameo appearance in the new Drumline film. IMDB seems to confirm that listing his name in the cast, however other reports state that Nick Cannon will not be a part of the production, guess we’ll have to wait and see on that.  Also in the cast will be Leonard Roberts & Scott Shilstone. Also, according to IMDB …  The upcoming film will tell the tale of a Brooklynite named Dani Bolton, who comes from an upper class background, and who decides to attend the fictional New Orleans university that’s the backdrop for the story, where she hopes to join, and shake-up, their once prominent drumline. Getting in her way are, upperclassmen, a new romance with a band-mate, her chief rival, and the school’s crosstown rivals.

This films in Atlanta, please only apply if you are local to Atlanta area. 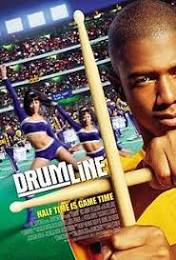 If you fit the description then please e-mail Drumline2Atl@gmail.com
Include 3 pics (Head, Body and Profile) age, ht, wt, and all contact info.
SUBJECT: ONE or TWO FOOTBALL

If you fit the description then please e-mail Drumline2Atl@gmail.com
Include 3 pics (Head, Body and Profile) age, ht, wt, and all contact info.

House of Cards will be returning for season 3 on Netflix.

“House of Cards” is a scripted Netflix series about a scheming congressman, played by Kevin Spacey and his equally conniving wife. Their schemes revolve around exacting revenge on those that he believes did him wrong. The series stars Kevin Spacey, Michael Gill and Robin Wright.

The show premiered on February 1, 2013 and is now going strong into its 3rd season. Currently, the shows casting department is seeking talent to fill the roles below and extras calls will most likely go out very soon as the filming date gets closer. “House of Cards” will be filming  June 12 -July 15, 2014.

The principal roles up for grabs are:

The show will also be needing Maryland area background talent as well. The show will begin filming in mid June.

If you’d like to be considered for principal roles or be part of the talent pool for extras work please send a resume and a headshot to the address below:

About the show:
Ruthless and cunning, Congressman Francis Underwood (Oscar® winner Kevin Spacey) and his wife Claire (Robin Wright) stop at nothing to conquer everything. This wicked political drama penetrates the shadowy world of greed, sex, and corruption in modern D.C. Kate Mara (“American Horror Story”) and Corey Stoll (“Midnight in Paris”) costar in the first original series from David Fincher (“The Social Network”) and Beau Willimon (“The Ides of March”).

The new season of “Graceland” is now filming in Florida and the series is seeking Florida area surfers to be featured on an episode.

The shows casting directors at Frontrunner are seeking REAL surfers who have their own boards and wet suits doe a scene that will be filming later this week in the Ft. Lauderdale area.

“Graceland” is about new FBI agent Mike Warren (Aaron Tveit). Mike is a by the book type of agent who gets assigned to a muli-agency operation in a house siezed in a drug raid. The home is shared by other agents, not all from the FBI and is nicknamed ‘Graceland”. The group is led by veteran FBI agent Paul Briggs (Daniel Sunjata) and is set in sunny Southern California.

“Graceland” will end up being a house full of secrets. The house looks like the perfect SoCal spot from the outside, but inside, it’s residents live their lies which is the base of their undercover jobs with their respective agencies. The show is supposed to be inspired by true events. The series is executive produced by White Collar creator Jeff Eastin and stars Daniel Sunjata, Aaron Tveit, Brandon Jay McLaren, Vanessa Ferlito, Manny Montana and Serinda Swan.

IF YOU ARE AVAILABLE PLEASE EMAIL IN A PHOTO OF YOURSELF, YOUR NAME, AND A CELL PHONE NUMBER FOR YOU ASAP INTO GRACELANDTALENT@FRONTRUNNERCASTING.COM 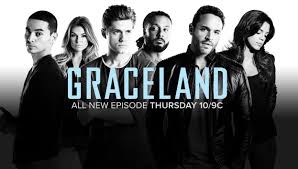 There is a scene in an upcoming episode where we would like to have a few (3-4) bloodhound dogs to work as search dogs. I don’t have any info yet on date (most likely sometime between June 3-June13) or pay, but just wanted to start collecting options.

If you are in the Wilmington or surrounding areas and have a bloodhound please send photo of dog, your contact information and location to sleepyhollowextra@gmail.com SUBJECT: BLOODHOUND. There also could be the chance that we could use the owner in the scene as an extra, so if interested in that please also include a photo of yourself along with your wardrobe sizes.

To submit, please click on the link below and fill out the submission page. Please list “BMJ News Studio” as the extra role you are applying for. Please also list the dates that you are available.

**If you have already submitted on HyltonCasting.com, you do not need to resubmit. We have your information on file and you will be considered for these scenes**

If you match the below measurements please email recent photo, contact information, location, costume sizes (waist, inseam, neck, shoe), height and weight to sleepyhollowextra@gmail.com SUBJECT: SPECIALTY STAND IN. Pay is $150/10hr. We are looking for someone who could be available to come in for an “audition fitting” tomorrow TUESDAY MAY 20th in the afternoon. We need to find the person who best fits costume so if you come tomorrow it is not guaranteed that you will be selected.

Just a reminder to everyone in Wilmington NC  Please visit www.extrassignup.com if you haven’t done so already and register online extras database to get into the system to be contacted to work as an extra on any project I work on.