The series is specifically looking for firefighters and EMT’s who can work on the 17th and elderly African American ladies and some tough looking men who would be available on the 23rd.

The show follows the fictional Chicago firehouse 51 and the firefighters who work there.

Casting Alert! Searching for firefighters, police and real EMT to work both April 17th, (night shoot), and April 22nd (day shoot). We would love to have you for both shoots! Send photograph to firewire014@gmail.com and put “Both shoots” in the subject line. Include your height, weight, age, and phone number.

Marinella Hume casting is looking for people to fill a variety of roles including Hollywood types, reporters, lawyers, executives and others.

“Drop Dead Diva” is produced by Sony Television for the Lifetime Network. The show stars Brooke Elliott, Margaret Cho and Jackson Hurst. “Drop Dead Diva” is about a model who dies but doesn’t actually go to heaven. Jane goes into what should be her kinda hell, the body of an overweight attorney. Not being able to rely on her looks anymore she is forced to begin using her wits in her new body and her new job. Jane is played by Brooke Elliott. The show will be returning to the Lifetime television network for season 6.

WE ARE CASTING FOR THE FOLLOWING ROLES:

COURT SPECTATORS
DROP DEAD DIVA IS SEEKING COURT SPECTATORS FOR THE BIGGEST TRAIL OF THE CENTURY! WE ARE SEEKING YOUNG, HIP LA TYPE COURT SPECTATORS! THIS IS GOING TO BE A VERY FUN DAY! MEN & WOMEN AGES 25-40 ENCOURAGED TO APPLY. **THIS ROLE WORK THURSDAY APRIL 17TH**

REPORTERS
HAVE U EVER DREAMED OF COVERING THAT REALLY HUGE STORY!? THIS IS YOUR CHANCE! DROP DEAD DIVA IS SEEKING AMAZING MALE AND FEMALE LOS ANGELES TYPE REPORTERS!. **THIS ROLE WILL WORK THURSDAY APRIL 17TH **

STENOGRAPHER
ANYONE THAT HAS REAL EXPERIENCE AS A STENOGRAPHER, PLEASE ALSO LIST IF YOU HAVE EQUIPMENT.
** THIS ROLE WILL WORK THURSDAY APRIL 27TH **

PLEASE — No sunglasses or hats on in pictures and do not have distracting objects in the background like mirrors. Submit height, shirt, neck, pant, jacket, dress, shoe and a cell phone number.

PLEASE PLACE CHARACTER THAT YOU ARE SUBMITTING FOR IN SUBJECT LINE – EX: “MUSIC MANAGER”

We are looking for SAG-AFTRA members who are available for background ($342 buyout) on a regional commercial.
Must be available for shoot date: Wednesday, April 16, 2014 in the Philadelphia area.

We are looking for SAG-AFTRA talent who are musicians, and OWN their OWN instruments.
ALSO, MUST be a CURRENT PENNSYLVANIA RESIDENT, AND HAVE THE ID TO PROVE IT!

Please email a photo, phone number and what instrument you own/play to:
heerycasting@gmail.com

These are “non-speaking” principal roles, so I want people who are actors and experienced.

This job pays $156 for the day, if they use your car there will be an additional $35 car bump.

If you are available on Sunday and you fit the criteria, send an email to extrascasting@gmail.com with “STEVE HARVEY” in the Subject line. Please include your name, phone number, email address, age, and a recent photo.

You must be an Illinois resident and able to get to the NBC Studio on Sunday.

The film’s casting directors at CP Casting are looking to fill many roles including some speaking parts, featured extras, bit roles and general extras. They are looking for all ages, types and ethnicities but are especially interested in Italian Wise Guy types, tough guys, politician types and those with Boston accents.

“Black Mass” will begin filming in Boston on May 19 and continue through July 30. Those who apply and are cast for the project need to have availability for daytime filming between mid May and late July.

Photos will be taken at the open casting call and since some of this is for speaking roles, certain people will be given a few lines to read for casting directors.

Johnny Depp stars as the notorious Irish American mobster James “Whitey” Bulger. Whitey was the inspiration for the Jack Nicholson character of Frank Costello in the Martin Scorsese film, “The Departed“. The film is inspired by “Black Mass: The True Story of an Unholy Alliance Between the FBI and the Irish Mob“, a New York Times best seller.

The film is about John Connolly and James “Whitey” Bulger, childhood friends who went 2 separate ways but would meet again in the 70′s. John Connolly joined the FBI and worked out of the Boston office and Whitey went on to become a mobster. The 2 struck a dirty deal that led to many murders, indictments and ultimately put Whitey Bulger on the FBI’s 10 most wanted list and sent him underground where he stayed until finally being caught in 2011. Whitey ultimately was arrested in Santa Monica and he was wanted for 19 murders at that time.

Tom Hardy may star opposite Johnny Depp as John Conneley, the FBI agent. Scott Cooper (“Out of The Furnace“) will direct the project.

C.P. CASTING IS HOLDING A CASTING CALL FOR THE FEATURE FILM

Background extras and speaking roles needed for a feature film
that will shoot in Boston May 19 thru August 1
We are looking for men, women, & children of all ethnicities and types.
ITALIAN WISE GUYS, IRISH TOUGH GUYS, POLITICIANS,
SOUTHIE ON ST. PATRICK’S DAY, PEOPLE WITH CARS FROM THE 70′S/80′S
to represent Boston in the 1970′s and 80′s

If you can, please bring a recent photo with you. (It will not be returned!)

Save time! Print and fill out an info./size card and bring it with you! Download a size card at http://www.CPCasting.com

STORYLINE: “Black Mass” tells the story of James “Whitey” Bulger, an Irish street punk who rose to power in organized crime by using his FBI informant status to bring down the Italian mafia in New England.

If you cannot make it to the open casting call but still want to submit your information for consideration you can visit the CP Casting website at http://www.cpcasting.com

Hunger Games 3 & 4, Mockingjay, has been filming in the area since about last September. Filming should be wrapping very soon but the production still needs more extras. If you live in Atlanta and are interested you must apply ASAP because all those cast will need to be at a fitting for the film in Atlanta tomorrow.

Please note that there are different types that are being asked for and each one has a different subject line that will need to be used in your email submission.

If you fit this then please e-mail CLCTrilogy@gmail.com – include 3 pics (head and body) age, ht, wt, and all contact info. Please put OFFICIANT in the subject box.

Cinemax action show “Banshee” is coming back for season 3 and new episodes are now filming in the Charlotte area.

Casting directors at Tona B. Dahlquist casting are seeking native American background extras for a scene that will be filming on the 21st in the Charlotte area.

Seeking Native American (or those that could pass as such) for the following extra roles;

REDBONE GANG Members -Males 20′s-30′s. Must be avail 2 days (Mon 4/21 & Fri 5/9) If you have submitted already for Redbone Gang -you do not need to resubmit. Those that have not should submit with heading REDBONE GANG.

ALL Submissions should be sent to b3extras@gmail.com and must include a current photo and your information (Name, Age, Phone, Ethnicity, Height/Weight, Clothing Sizes, City and State you reside.
Please do not submit if you are not available for date/dates listed for filming. Thanks.

The show’s producers have been on a nationwide search to find the new cast members for Real World and next week they will be heading to the Los Angeles area. They will be meeting with hopefuls in Burbank  on the 12th.

L.A. area residents can come down to find out if they have what it takes to be the next MTV reality star.

The show will be holding an open call on:

MTV’s iconic reality show THE REAL WORLD is looking for cast members. If you are over the age of 20 and appear to be between the ages of 20 and 24, we want to hear from you!

If so, please contact casting@bunim-murray.com. Your subject heading should be
RWFR — YOUR NAME — YOUR CITY

In your email attach 3 RECENT PHOTOS and a brief BIO, including your FULL NAME, DATE OF BIRTH (for ID purposes only) as well as your CONTACT INFORMATION including PHONE #. Soon you could be sharing your life with millions of viewers on the next season of one of MTV’s most popular shows!

The NBC series “Chicago Fire” is looking to cast some real firefighters and some Caucasian twins ages 10 to 12 for scenes filming this week and next.

The series was created by Michael Brandt and Derek Haas and stars Jesse Spencer, Taylor Kinney and Monica Raymund.  ”Chicago Fire” is on Wednesdays at 10PM on NBC.

Male Caucasian twins, ages 10 to 12, to work this Wednesday and also on April 22nd. This is a scene where there will be makeup on the kids to look like an accident. Send photos ASAP to firewire014@gmail.com and put “Twins” in the subject line. Include height, weight, age, and phone number.

“Chicago Fire” films in the Chicago area – Casting directors at Joan Philo are only seeking extras who live in and around the Chicago area. Travel expenses will not be paid.

A TV Commercial for the Pepsi company will be filming a ‘selfie campaign’.

Casting directors at Miami Talent are looking for Latinos in Miami between the ages of 30 and 40 to participate in this paid shoot. Those who are submitting must be available all day on the 12th from about 11 AM to 6 PM in the Miami, Florida area.

Only submit if you have availability on the day in question, live in the Miami area and fit the below description.

Miami Pepsi – Selfie Campaign Commercial
read everything please !
shoots Saturday April 12, it’s from 11am to 6pm, talents will shoot only 2 hours each between those times
Looking for TRUE HISPANICS, ages 30″s and 40″s
will be an all day shoot so be avail or do not submit !
pay is with a an American Express Giftcard of $200 at wrap.
miamitalentcasting@gmail.com

Also for Miami, there is a music video looking for talent. The music video is looking to cast dancers between the ages of 18 and 30 that are available on the 23 rd, also in Florida. The project is seeking curvy ladies who know how to dance. 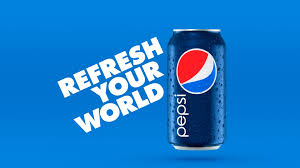